Maia Pina is a 20-year old writer, painter and designer from Pasadena, California.

“I like to consider myself kind of a jack-of-all-trades,” explained Maia.  “I dabble in a lot of thing, and am currently trying to dabble in a few more things. I want to try everything before I die. Right now, I paint, I design and I write.”

Maia comes from a creative family, but did not begin discovering her own creativity until this year.

She said, “I have always been very artistically inclined, but everyone in my family is an artist so the role of the “academic child” fell on me. I never really explored any of my artistic outlets until I got older. I did not start working on any of these things really until last fall.”

Maia is now dedicated to exploring her creativity because it has already helped her to find and love all of the things which make her unique. She does not believe that artists should stick t one creative medium, but rather that they should strive to express themselves in any way possible.

Most recently, Maia started a series of paintings which utilize numerous stylistic components. Her favorite piece from the series, entitled “Niggas In Love,” depicts a cartoon-ish Black man bearing flowers for the person he loves. 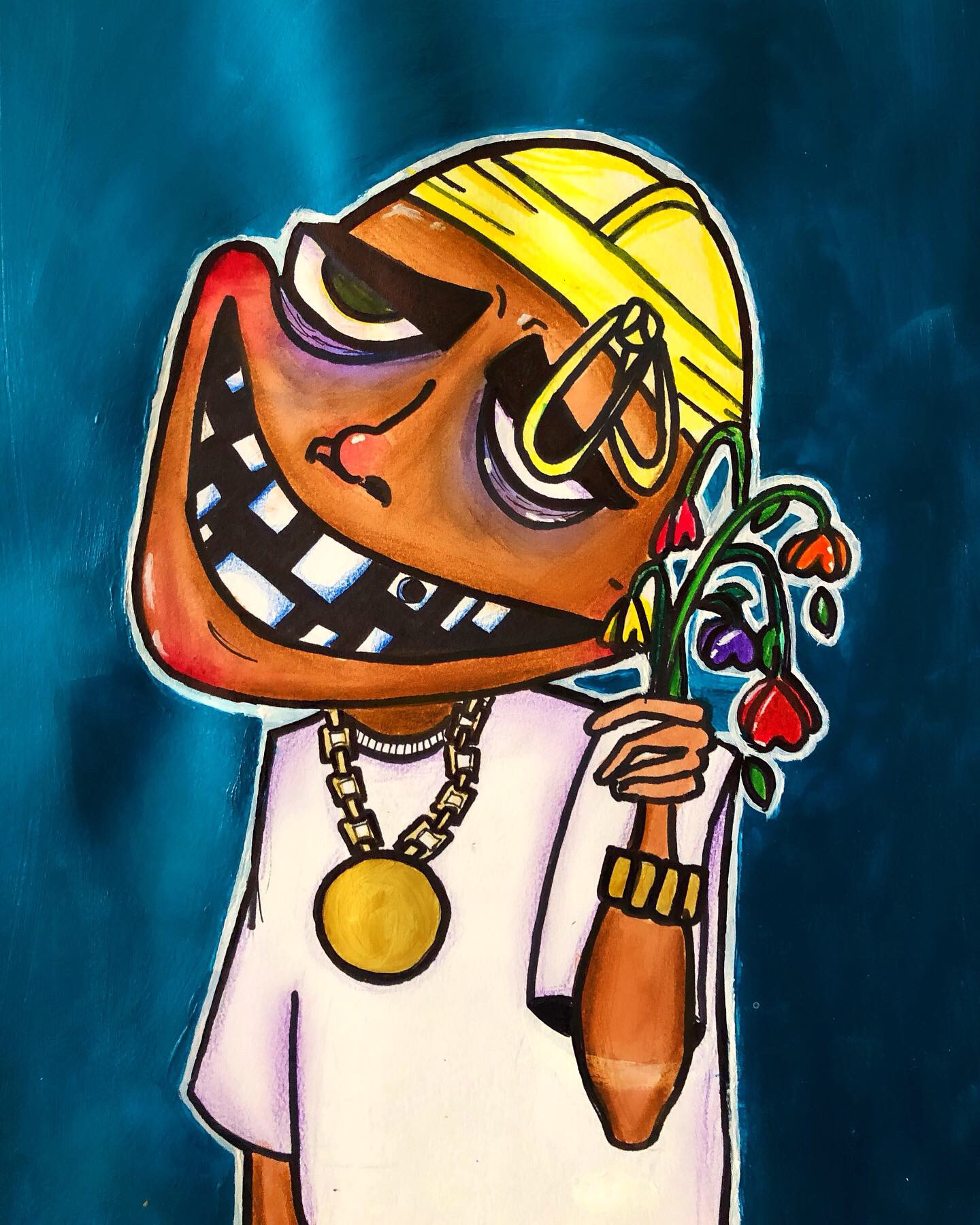 “Stylistically, it was the first type of painting I’ve done in this particular style, where I used a lot of different mediums to create the piece. It’s acrylic, water color, oil pastel, colored pencil and sharpie. The painting itself actually depicts a nigga in love—It’s a Black man in a durag holding some flowers, and in his face, which is based on the Freaky Fred from Courage the Cowardly Dog. I tried to convey a sense of exhaustion. He’s been up all night but he’s so in love that he doesn’t care and he’s at the door with the flowers regardless,” she explained.

In the future, Maia hopes to create a career for herself in which she can combine her love for fashion design, writing and painting into one. As an artist, she hopes to inspire others to be the most authentic expression of themselves. To Maia, your power comes from your ability to share yourself without fear and without regret.

“Being weird and liking weird shit, even as a Black girl, is OK. You really do not have to conform. Being yourself and liking the things that you like regardless of what the people around you like is really where it’s at. As a Black girl who is in to some really weird shit, that was always a part of my person, and feeling lost and feeling like there was no one to relate to me was real. That is what used to stifle my creativity. Embrace the weirdness. Embrace your weirdness.”

You can see more of Maia's work by following her @bonzaimai on Instagram.